The Region has a total land area of 41.311sq. kms. making it the 12th largest region of Tanzania Mainland out of 20. Some 5% of the Mainland is in Dodoma Region.

The main indigenous ethnic groups are Gogo, Rangi and Taturu. Others who form significant minorities are the Sandawe, Barbaig, Hadzabe, Kimbu, and the Sangu. In this latter group the Maasai and Wairaqi are the only ones who lead a totally nomadic pastoralist life and are hence to be found all over the region. The Watatoga who occupy the North-Western part of Kondoa District have the Distinction of being mainly hunters and honey Collectors. The Wasandawe are another group which requires special mention in that they are the remnants of a once large group of KHOISAN or click - speaking people. They are mainly found in Chemba District.

Dodoma Region lies inland very close to the centre of Tanzania Mainland. Its location attracts the Tanzania Government to establish its Capital in Dodoma Municipality. Dodoma Region is located south of the equator between latitudes 6° 57' and 3° 82'. Longitudinally the Region is situated between 36° 26' and 35° 26' east of Greenwich. It boarders four Regions namely Manyara, Iringa, Singida and Morogoro. It is accessible from Manyara through Babati and Kateshi in Manyara Region; Dar es Salaam and Pwani through Morogoro and Tabora, Shinyanga and Mwanza through Manyoni in Singida Region. All the Roads are accessible through out the year.

Dodoma Region is mostly Semi-arid due to low and erratic rainfall. Rainfall is the most important climatic factor in the Region. It falls in a single rainy season between November/December and April/May. Generally these rains fall in heavy storms resulting in flash floods. Consequently about 60% of the precipitation becomes run-off rather than penetrating the soil for crop growth.

Total rainfall ranges from 500mm to 800mm per anum with high geographical, seasonal and annual variation.

The temperature in the Region vary according according to altitude but generally range from about 15ºC in July to 30ºC during the month of October. Moreover, temperature differences are observed between day and night and may be very high with hot afternoons going up to 35ºC and chilly nights going down to 10ºC.

Dodoma Region occupies the Northern part of the central plateu of Tanzania which has elevations ranging from 1,200m to 1,500m above sea level. Surrounding the Region on all sides except the South-Eastern boundary with a major scarp of up to 180 Meters high which is the Eastern part of the Great Rift Valley. Topographically Dodoma Region forms party of the Central Plateu of Eastern Africa extending from Ethiopia in the North to the Transvaa in the South. 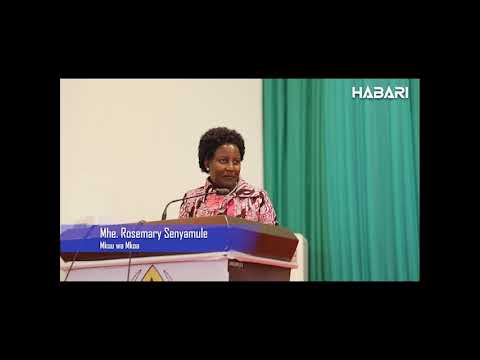 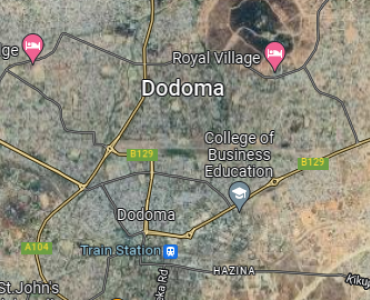